When the National Grid forecasted the scale of new power plant construction that would be needed by 2021 (back in 2012), They called for 33 gigawatts of new capacity to come online from large power stations. Now they have slashed that prediction to only 14 GW.

The National Grid plc owns and operates the national power grid in England and Wales, and operates the entire UK grid. In 2008 they reported that the total capacity of the National Grid was 80GW, and the maximum demand was just above 80% of capacity. At that time the yearly demand for power across the UK, roughly 360 tWh (terawatt-hours) was supplied by roughly 1/3 nuclear power, 1/3 gas-fired power stations, and 1/3 by coal.

The Hinkley Point station as expected to provide 13% of the UK’s total power needs all by itself, but that still does not account for the full 19 GW shortfall. The National Grid also cited the current hiatus on investment in gas-fired power stations, and revised timelines showing that several large scale offshore wind farms will not be online by 2021 as expected.

Now, this will not come as a surprise to many, but Britons are not expected to curb their ever rising demand for power by more than half. So where will the extra 19 gigawatts come from?

It is expected to come from small-scale power plants and even on-site power generation. The revised figures call for 50 times more growth in the total output of solar farms, low-voltage wind farms and other small-scale power generation systems. The older estimates had only 500 MW (0.5 GW) of power coming from these sources by 2021. Current plans call for more than 24 GW (10,000 MW) by 2021, 11GW of which is already online and running. Much of this unexpected boom came from rapid lowering of the costs of producing renewable power generation facilities.

There are actually three semi-separate power grids acting together to supply most Britons with power. The high voltage 400kV and 275 kV grids which are more efficient at moving power long distances without substantial loss to line resistance, and the lower voltage 132 kV grid. Currently, the grid experiences a loss of nearly 2.3% at peak demand, due to electrical resistance in the wires, inefficiencies in stepping up and stepping down the voltage, and even weather conditions.

Most of the smaller systems expected to come online over the next five years are intended only for the more local, lower voltage grid. As such, they must generate their power much closer to where it is destined to be consumed.

These figures first became public when Ofgem, the UK electrical industry’s regulator, called for large cuts to the budget intended to upgrade the high voltage sections of the UK Power Grid – some £38 million. As fewer new large scale generators would be connecting to the high voltage grid, it wouldn’t need anywhere near as much expansion in capacity.

Further cuts were announced in the gas pipeline network, as many gas-fired power stations that had been expected throughout the Southwest will not be working by 2021 either. That budget was reduced by £168 million for the period leading up to 2021.

Ofgem did propose increasing the National Grid’s budget by £21 million to address the added complexity of keeping the more complicated grid of smaller, lower voltage power stations balanced, and the lights on steadily throughout the UK. The money will also find adapting the grid to new renewable suppliers, as many older coal and nuclear power stations close for good.

Solar farms and rooftop power collectors are experiencing an unexpected boom as well. They now produce quite a bit of power, but on an intermittent basis. After all, solar only works when the sun is shining, and wind turbines can’t work on still days. Winter, in particular, offers poor conditions for solar power.

That is why £4.5 million must be found to pay for ‘last resort’ schemes in renewable energy ‘dry spells’. This involves renovating aging fossil fuel plants to run in the darker winter months, and incentivising business and industry to either reduce power consumption in total, or to ‘shift’ it to times when power is less in demand. Many businesses are paid from other sources to participate in these schemes as well.

However, a stable power supply completely free of brownouts is not yet secure. As the grid becomes more reliant on renewable energy sources, a cloudy & windless day in winter becomes ever more likely to stop work entirely for local businesses. That’s why so many commercial, industrial and even larger residential buildings are looking into clean, reliable and cost-efficient diesel back-up generators.

How much is your productivity worth? To discuss the practicality of a diesel-fuelled back-up generator for your organisation, give us a call at 01977 658 100 today. 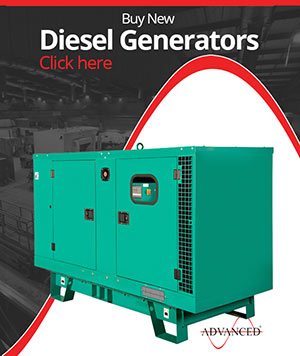 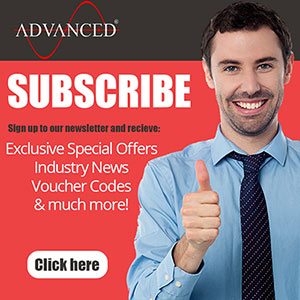