If you’ve spent time searching for a generator for your home, business or recreation, you will more than likely have stumbled across the phrases “prime rated” and “standby rated”. But what exactly does this mean?

Simply put, these terms refer to how much power the generator can supply in 2 different use cases:


With these basic definitions in mind, let’s dive deeper into each power rating and what scenarios each one best suits.

A prime generator set is any standard genset that is used as the primary power source for the equipment it is powering. Generators that are intended for prime operations are designed to run for long periods of time (even 24/7 if required) provided that the load is constantly varying between 50% and 100% of the generator’s prime rating.

For example, our Cummins C110D5 has a prime power rating of 100 kVA. This means that the C110D5 is capable of running for an unlimited number of hours as long as the load varies between 50 and 100 kVA.

In an ideal world, a generator should not be run at below 50% of its rated prime load. This is what’s known in the industry as light or low loading. Low loading should be avoided wherever possible because it can cause the engine to not burn fuel properly. This will lead to a build-up of unburnt fuel and soot in the exhaust which in turn will decrease efficiency and could even damage the generator.

If you own a diesel generator and have been running it at low loads for extended periods of time, then we suggest having your genset load bank tested every year.

Should you need to slightly overload your generator, prime rated generators can be run at their higher standby rating for a short run time, which is typically 1 hour in any 12 hour period. However, the standby rating is the absolute maximum power which can be drawn from a machine.

Examples of Prime Power Use Cases

Prime power products such as diesel generators are best utilised in situations where you are away from a utility source of power such as the mains power from a house or other building.

Examples of this situation would be outdoor festivals or concerts. As outdoor festivals are usually held in remote areas as to not disturb local residents, there is usually no access to mains or grid power. As a result, power must be generated on-site around the clock for the duration of the event. Prime power generators are perfect for this scenario as their ability to run at variable load means that different equipment such as sound systems, lighting etc. can be powered as and when they’re required.

Prime running generators that meet the required emissions standards can also be made mobile by being mounted onto a towable trailer. This makes them much more useful for off-grid power as they can simply be towed to wherever power is needed. If you need a suitable generator to be trailer-mounted, browse our range of Stage IIIa or Stage V emissions compliant generators or give our experts a call to discuss your requirements further.

A standby or emergency power generator is one that is installed in a stationary location to provide backup power in the event of a power outage. Although there is a difference between prime and standby power in the use cases, most generators are capable of being used for either.

For generators that can be used for prime and standby power, the standby rating is typically higher than the prime rating. This is because the generator is designed to be able to run at 100% of its prime rating, however it can be overloaded up to its standby rating for 1 hour in any 12 hour period.

Standby generators are only intended to be run 1 hour in 12 because they are designed to provide backup power to essential equipment and services for a short period of time whilst mains/utility power is restored. If paired with an Automatic Transfer Switch (ATS Panel), the generator will automatically shut down once it detects that mains power has been restored to the building.

Generators for standby use are forever increasing in popularity due to the ease of which a storm or severe weather can cause power cuts for homes or businesses, and should be sized to average 200-250 hours per year.

This makes backup generators extremely useful for situations where there is a possibility that mains power can be lost. For critical organisations such as hospitals and data centers, a power outage is simply not an option. Other uses for a standby rated genset also include commercial, residential & industrial.

Another factor to consider in prime vs standby generators is that the manufacturer’s warranty often varies depending on the type of operation.

Likewise with our Cummins generators, the standard manufacturer’s warranty is 2 years or 500 hours for standby operation, and 1 year unlimited hours for prime running applications.

There is also a 3rd power rating that you may come across - continuous. The continuous power rating is very similar to prime power, however with one major difference.

Difference Between Prime and Continuous Power

For more information, or to discuss your power requirements with our team of experts, call us on +44 (0) 1977 657 982, email us at enquiries@adeltd.co.uk or chat with us direct via our website live chat. 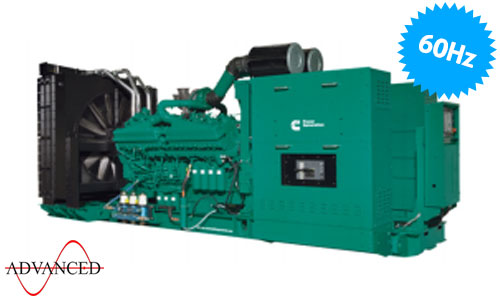