Mass Power Cuts in the UK

Following the mass power cut that affected around 1.1 million people on the 9th of August 2019, National Grid has reported that the amount of backup power they store must be reviewed in order to avoid such an event occurring again.

All this is despite the energy operator stating that the systems worked ‘in line with their design’ by cutting off some people’s power supply automatically in order to protect the network and save the grid from full collapse.

They also said that they must review which facilities are connected to the automatic disconnection systems, in order to ensure no critical services or infrastructure are under threat by the possibility of a power cut.

National Grid said a lightning strike on a transmission circuit, paired with ‘almost simultaneous unexpected power losses’ at 2 separate plants were the cause of the failure, which was the largest scale outage in a decade. Regulations state there is a certain level of backup power that needs to be stored to cover outages. However, this level was not met and as a result 5% of customers were disconnected in order to protect the remaining 95% of the grid.

Over 1 million households were left without power for as long as 45 minutes due to the mass blackout, which also affected some critical facilities including Newcastle Airport (which was left in darkness), rail lines and Ipswich Hospital. People were left stuck on trains for up to 9 hours and roads were gridlocked due to traffic lights being unoperational.

Protect Your Home from Power Cuts

Safeguard you, your family, and your home from any power cut/outage with a purpose-built Residential Backup Generator. Choose from a Diesel, Petrol or Gas powered Generator to restore power to your home within minutes, or pair the Genset with an ATS Panel (Automatic Transfer Switch) to automatically restore full power within seconds. If you need help or have any questions regarding a backup generator system for your home, give our expert sales team a call on +44 (0) 1977 657 982, get in touch via live chat or send us an email to enquiries@adeltd.co.uk

Cause of the Mass Power Cuts 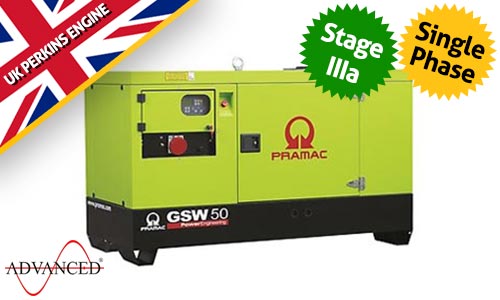