Power Cuts Expected as Storm Brendan Sweeps Across the UK

Northern Ireland, Scotland and parts of England and Wales have two 14 hour each yellow wind weather warnings as issued by the Met Office for Monday. Large waves are expected along the West Coast of England, as well as power cuts and travel delays. Preston has already seen delays to trains as the roof of the station was damaged by the high winds.

Storm Brendan, which is due to move Eastwards across mainland UK, has already been making headlines in Ireland and Northern Ireland and the weather is set to become more severe as it sweeps across the rest of the UK. Strong and high-speed winds of between 65 and 70 mph are forecasted across most of the UK, which is expected to bring power cuts and disruption to bus, train, air and ferry services as well as roads, especially for high sided vehicles such as buses, vans and lorries.

Image courtesy of the Met Office.

Strong wind gusts have already been reported in coastal areas of Ireland, with some speeds recorded as high as 60mph. SEPA - The Scottish Environment Protection Agency have also issued 16 alerts for flooding as well as 3 warnings across the country. The flood warnings have been issued as strong winds and heavy rain mean there is a high risk of coastal flooding around the West of Scotland.

Are You Prepared for Power Cuts?

Ensure that your home and/or business remain power cut free with a purpose-built standby generator from Advanced. Browse our large inventory of diesel generators today and find the perfect backup power solution for your requirements. Or get in touch with our team of experts today: 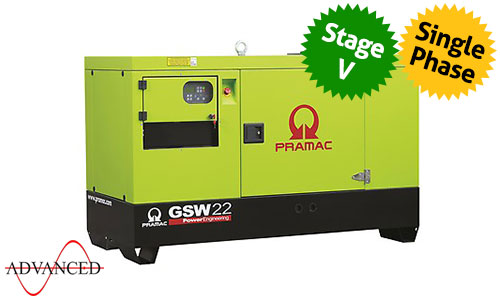